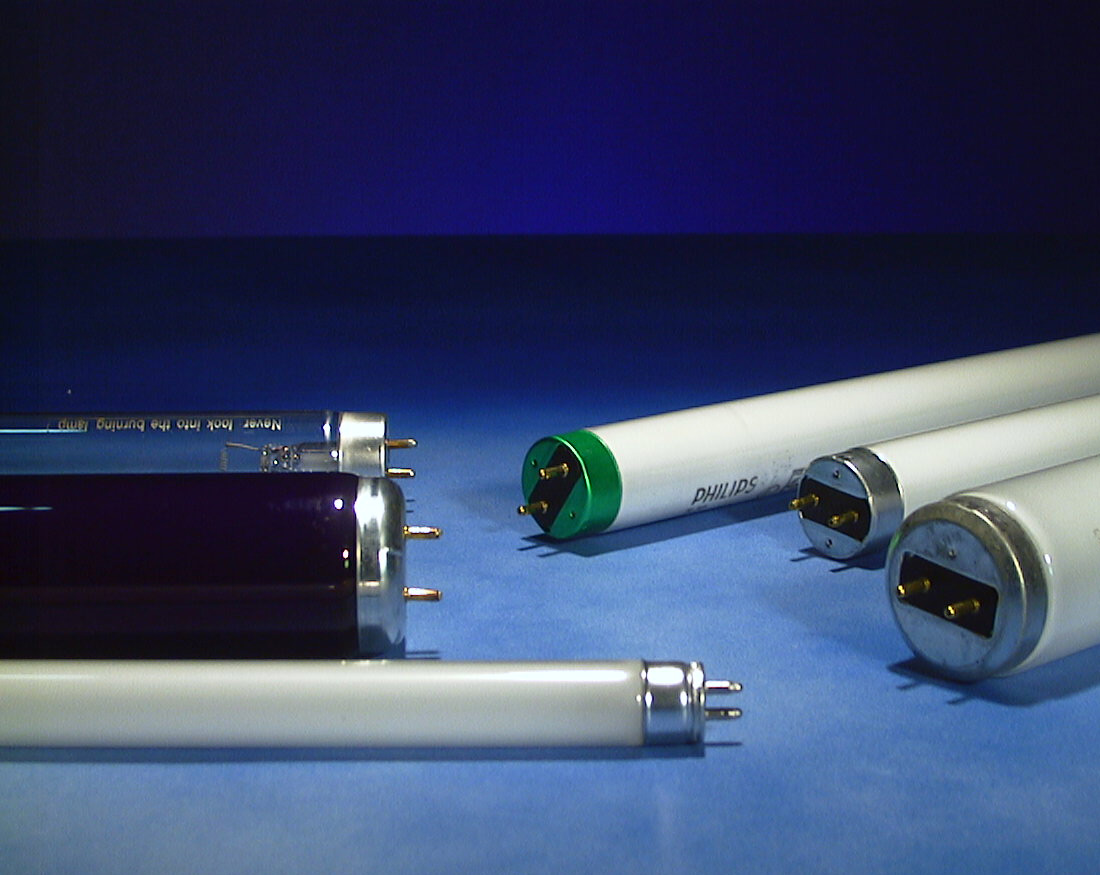 CALL ONE OF OUR SPECIALISTS AT:

1. What do the alpha numeric codes T5 and T8 actually mean?

Much has been made of the differences between T5 technology and T8 technology. I think it is wise to begin by discussing what T5 and T8 actually indicate. The letter ‘T’ in the lighting industry stands for “tubular.” This makes sense when one considers that fluorescent tubes are in fact tubular. The number directly following the letter “T” indicates the thickness or diameter of that particular tube in eighths of an inch

2. What have these alpha numeric codes come to mean?

As interest in energy saving technologies has grown and become popularized, these codes have come to designate levels of energy efficiency instead of merely indicating lamp tube diameter.

Although these assumptions are generally true, it is important to look at the application and determine the cost benefit of T5 over T8 to determine if the increased efficiency of T5 justifies the substantial increase in initial and long-term maintenance costs.

Consider that a standard 4-foot T12 lamp costs between $1.25 and $2.00, a standard T8 lamp between $1.75 and $2.50 and a standard T5 lamp costs between $5.50 and $10.50. T5 costs significantly more than T8 and does not outperform it by the same margin. In fact, in many applications, the performance differences are negligible. Furthermore, all lamps are equally weighted with an average life of 20,000 hours.

There are several different factors that determine levels of efficiency. Quality of light measured in CRI (Colour Rendering Index), quantity of light measured in LPW (Lumens per Watt) and CU (Co-efficiency of Utilization.) The numbers being used for CU are general for those used in the low level (12 feet and under) multi-residential environment, so there can be fluctuations.

Considering these general factors, it is obvious that T5 is the best. But how much better? With all factors weighed equally, a general presumption can be made that:

Yet, T5 in this environment is only 9% more efficient than T8. This would never justify the substantial increase in fixture, lamp and ballast costs.

Furthermore, if energy savings is an issue, you can often lower the light output by 9 or 10 percent in order to recover the efficiency without any real impact to the perceived light levels.

The standard 32-watt T8 and an electronic ballast with a low temperature rating, are proven performers in a wide array of extreme applications. The systems are tried, tested and true in parking garages, factories, extreme cold environments and the list goes on. T5’s don’t have the track record in extreme applications.

We believe the manufacturers are still “working out the bugs” as the largest portion of our warranty work involves defective T5 lamps and ballasts.

Furthermore, T8 lamps and ballasts are now commodity items and can be purchased at low costs. T5 is still a premium product whose research and development costs haven’t even been fully realized, let alone the process to produce commoditized, create low cost, highly reliable, replacement parts.

The “bottom line” is that T5 is superior to T8 in that it creates more usable light. However, it is not a game changing technology in that its superiority renders T8 obsolete (as is the case with T12). The Ontario incentive program through the Ontario Power Authority pays the same incentives on T5’s as they do on T8’s.

Finally, the real game changer will be LED and organic LED technologies. These technologies will render both T5 and T8 obsolete in the future. However, these technologies have not arrived as yet and are not on the imminent horizon for fluorescent fixture applications. In the mean time, T8 and T5 will continue to be the reliable, energy efficient choice for a multitude of general applications. The astute lighting designer will specify based on individual project demands, not by an allegiance to one technology.